A New Physics of Politics 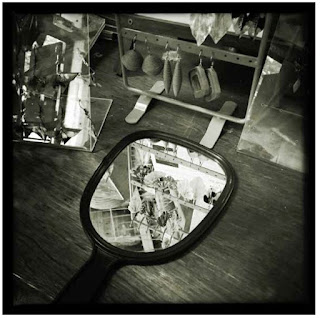 I've continued working on the Unser platform. I added Background information and a Summary.

I got freed back from readers and focus groups and not so surprisingly it turns out that business people are interested. Probably more than politicians? Because it touches a new Physics of Politics … in the century of complexity. A new politics that enables a new political engineering based on more quantification.


Will the last decade be remembered as the time of the revolt of the underclass? With a strong political bite? Fed by deep insecurity? With a cry for change? But which one? Do we have any answers? Can we explain the geopolitical, socio-economic system without understanding the underlying new "physics"? The physics of complexity?

Indeed, the physics of geopolitics, economics, social systems ... striving for equilibriums is superseded by the physics of complexity. Never before did we have smart connected things and processes. Never before did we have smarter methods and tools. Never before have we lived in multipolar, multi-civilizational orders. Never before has so much of what is "us" been made of "them" and vice versa. And all this without a regime. The biggest system change is shifting state-centered orders into an arena of multiagents. To understand this, we need to understand evolution, coevolution, positive feedback, also called "butterfly effect".

Politicians, economists, and sociologists feel less comfortable with the notion of complexity, such as physicists, biologists, computer scientists, or mathematicians, who are more likely to tolerate all forms of life only at the narrow phase boundary of chaos and order. Without stable equilibriums.

Complexity politics requires a different way of thinking about politics itself. As a politics that is constantly being redesigned and adapted. A politics that is less thinking in concrete goals and structural principles, but in their patterns. The usual forms of political expressions are to be replaces by making and renewing. Don't predict future, but write it. Empowered by models, simulation, adaptation …

A Herculean task. The book provides insights, ideas, and political directions ... but I hope it will be much more: a living platform ... serving a Quantitative Politics community.

To get it running, I offer free individual presentations and workouts. For business people, who will be touched by the changes and better influence them rather than react.
Posted by Herbert Exner at Wednesday, March 08, 2017