The Workflow Of The Book

The workflow of the book in a nutshell. Incidents - Progressive Problems - Resolution in telegram style.


A politics that fixes what it eventually broke 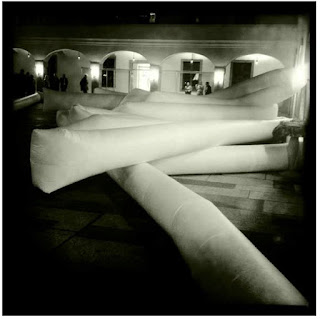 Politics must be agile and adaptive. It must be developed evolutionarily. In a balance of structural and behavioral change. As a system that becomes stronger under stress.

Political engineering by means of paper decay can not depict the complexity. It requires new interaction patterns and technology support.

Provided the complex state wants to reach its national targets, it must quantify. Supported by methods of econometrics, engineering, physics, mathematics and programming.


Once there was a fisher and a farmer


First was the exchange

A fisher and a farmer exchanged a trout for carrots. Asynchronous deliveries forced a contract between a creditor (the fisher delivered in autumn) and a debtor (the farmer delivered next spring).

Because there were many networked exchange contracts of that type, it was obvious to transfer the central creation, storage and settlement to clearing houses. Banks.

Money was created by standardization of these contracts. Banks record all transactions and multilateral relationships between creditors and debtors applying double-entry bookkeeping.

Money out of nothing

A bank lending money, draws it out of nothing. This money can be put into an economical circulation. If the great-granddaughter of the fisher, a salmon breeder, buys a yellow convertible for 50,000, she creates branched income.

Provided the bank of the salmon breeder  resides in Vienna and that of the car dealer in Milan this leads to a quadrangular relationship of reciprocal claims and obligations. Interwoven money transactions between and with banks are supported by a clearing house. A central bank.

The money system is programmable

Money is solid as a storage for values and liquid as a medium for economical transactions. Consequently, it's programmable.

The money goes to?

Real investment: provided the great-grandson of the farmer borrows 200,000 to create a chili-production, he immediately generates income in a certain economy. Future income can serve the debt and interest.

Speculative investment: provided the salmon breeder lends 200,000 and buys a house to resell it later more expensive it only generates wealth. If the house price falls, she can only pay part of the debt and interest.

Real futures and real options could maximize the value of the investment project of the chili producer. The models come from Wall Street.

Once there was a profession and a job - lifelong

If markets are saturated by chocolate, people buy nuts. Chocolate does not yield any more. If a coveted luxury chocolate appears on the market, this can create a new boom for the mass chocolate. This positive feedback describes the complexity economy.

The future of work

The big picture of work

Income determines the coevolution of labor and economy. Many improve their income situation by pooling, sharing and distributing income. This is regulated by law total economies.

Three rights can make a wrong

The salmon breeder wants to reorganize her company from functional to divisional (markets-centered). The project is well prepared, the teams are trained. Nevertheless, many behave as before. Uncertain future inhibits them all.

Complicated models describe a real behavior better. But they bear a higher risk of usage. The key to accepting an innovation is to optimize its risk.


The market is the exchange itself. It is innocent - but rarely free. In order to accumulate capital, dominant market players exclude market mechanisms by means of a planned economy. Isn't this paradox?

Management of the wealth pool


In the complex interplay of individual and total interests, the state must manage a positive development. This needs quantification.

Indirect (representative) democracy is a detour. It leads to alienation of the political cadres from the people. We have to co-determine. We do not have the detailed knowledge?

But we can learn from turbulences. Every form of school must empower learners to explore thought principles, insights, and skills enabling them to live freely in an open-minded society... able to innovate...

We all have values. A useful basic income serves as a social net and economical trampoline in one.


The continuous looking after dangers does not allow any no-problem phases and the soporific we-are-great often leads directly into a crisis. 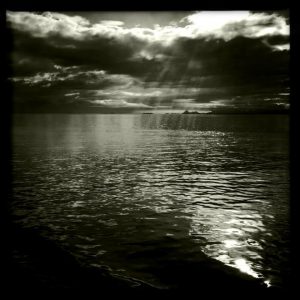 What's the controlling idea of a new political engineering, based on quantitative politics?

A quantitative politics that strives for human emancipation. It's goal should be freedom - not equality. Its basis: to write new contexts into the socioeconomic systems. It requires adaptive models.

A new evolutionary, left-oriented, quant politics thinks internationally, develops bottom up and promotes decentralized decision-making structures. It's not fighting free markets but capitalism-without-adjectives. it's not protectionist. It merges, shares and distributes.

I don't understand left-oriented politics as a moral principle, but as a calculus of intelligent selfishness. It means putting action into a higher context. Not an anti-business movement, but a free-markets movement. A movement of open innovation and sharing.


It's our world, our coexistence, our control, our responsibility, our learning, our development, it's our methods, our tools - it's our evolution

It's possible with existing instruments by just adapting and codevelop them with quantitative systems.

I've worked hard for over a year, explained complicated things, went into details, introduced examples and little stories and worked out project ideas for immediate realization.

This is a compilation. But I'm offering presentations an workouts providing full explanations... for free (if time allows for... ).
Posted by Herbert Exner at Thursday, March 09, 2017